Bendigo Talking Trams are the best way to see the sights of Bendigo whilst enjoying a ride on a vintage tram.

Bendigo is famous for a lot of things including gold mining and it’s beautiful architecture, but one thing everyone must experience when visiting Bendigo is a ride on one of the gorgeous heritage trams. 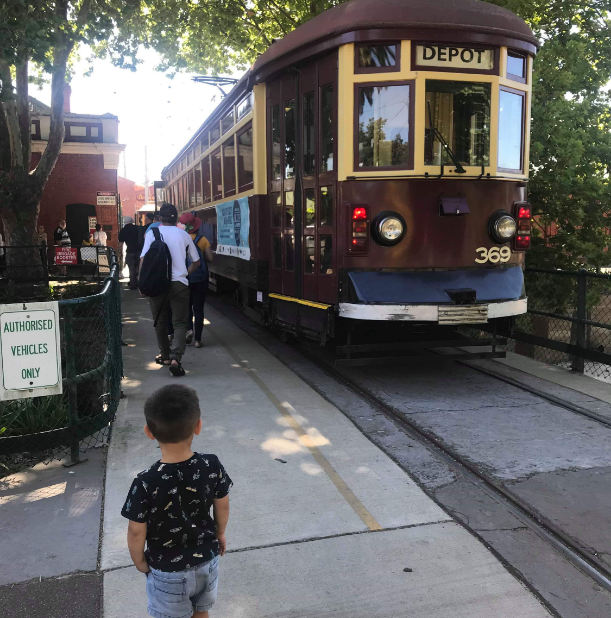 What is a Bendigo Talking Tram?

The fleet of trams were part of the public transport network in Victoria (as were trams all across Australia in the 1970s), but when the Australian Government were making moves to remove the tramways from the nation and replace them with bus networks and rail, the city of Bendigo put in a motion to save the trams, the routes and the depot, and they were successful.

The trams became an integral part of our cultural history as well as Bendigo’s local history, so the idea was conceived that audio tapes would be made, giving commuters the chance to listen, look outside their windows and learn more about the beautiful town of Bendigo. This is where the name ‘Talking Tram’ came from.

Where do the trams in Bendigo go?

You can catch the tram to the Central Deborah Gold Mine, Rosalind Park, Bendigo Art Gallery, Golden Dragon Museum, Discovery Science and Technology Centre, Bendigo Woollen Mills and more. All of the city’s major tourist destinations are accessible by the beautiful vintage trams. 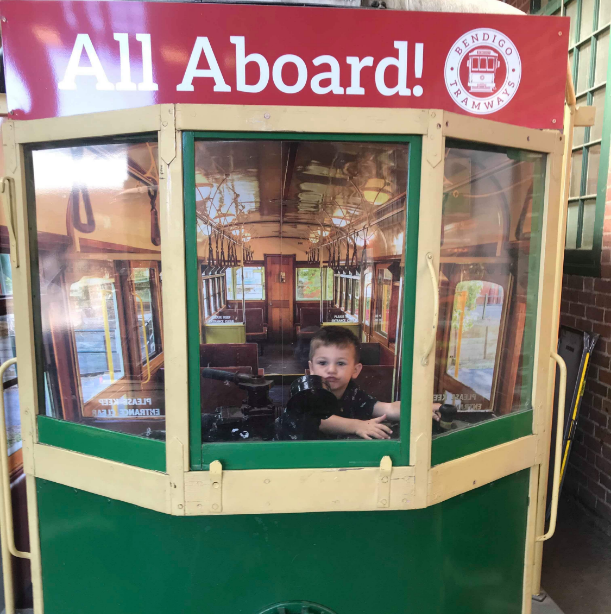 Can I spend time at the depot?

The Bendigo Tram Depot is a tourist attraction in itself. You can go on a guided tour of the depot and the workshop where trams are restored. Each tram has it’s own unique history including a tram that has carried royalty and trams that have survived two world wars. You can take a self guided tour for free or pay a small price to go on a guided tour. 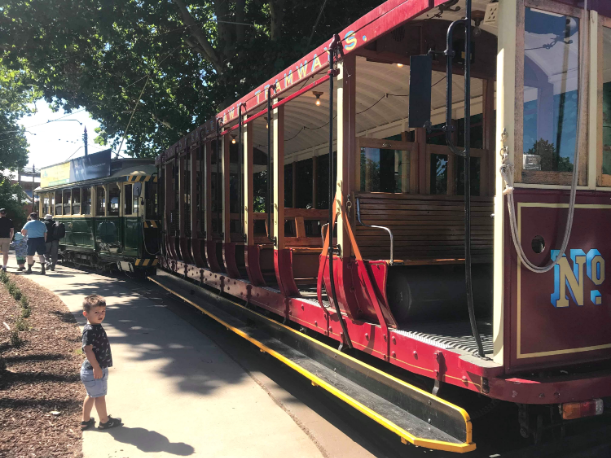 What else should I know about the trams?

There are themed trams at Bendigo Trams including the Dja Dja Wurrung Tram which has been decorated inside and out with beautiful Aboriginal artworks by artist Natasha Carter. There is also a Blues Tram where you can enjoy a drink and listen to live Blues performances.
And in the month of December, take the kids to see the Santa Tram where the tribe can have a photo with Santa on the Tram and take a ride with him before he heads back to the North Pole.

Fun for the whole tribe at Werribee Open Range Zoo

Turned up just in time to see the pelicans being f