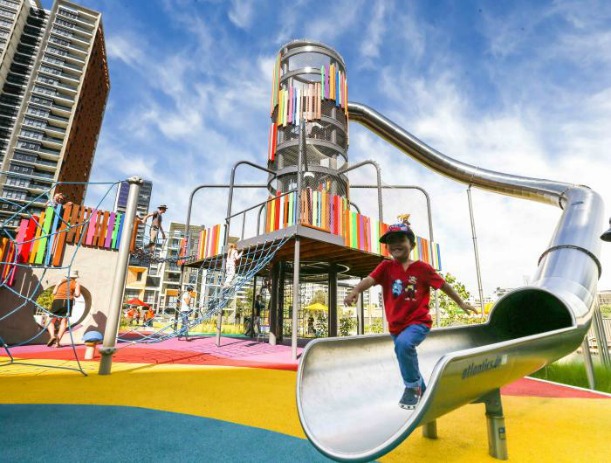 This fantastic park is as beautiful to look at as it is fun to play and explore for the tribe! It features a giant slide, a climbing tower, tunnels, nets and swings. It also has a fully landscaped barbecue and picnic area making it a great place to have a party.

This park is only a recent addition to Waterloo, opening officially in April 2016. But even though it’s new to the park game, it’s one of our favourites featuring in our Top 10 Parks to visit story for 2017.

Wulaba Park is named after the Aboriginal word for ‘rock wallaby’ because Waterloo used to have a large populate of Rock Wallabies before it became a development site. We love this nod to the area’s heritage, which makes this park even more special.