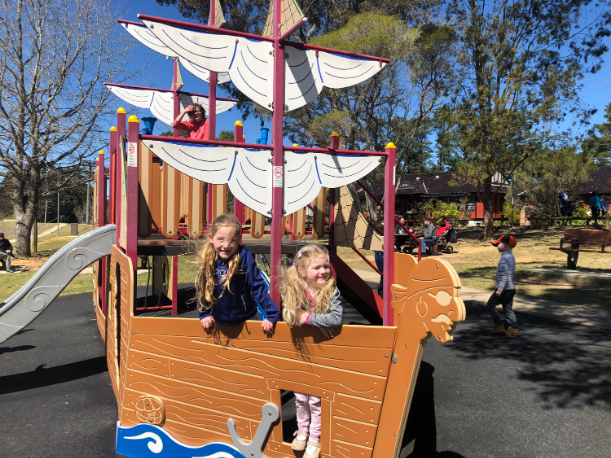 Take your landlubbers to Wentworth Falls Lake Playground for some swashbuckling pirate play.

Wentworth Falls Lake Playground in the Blue Mountains is a fantastic space for families to set up and have a picnic or party or even just drop in for a play at the two parks on site. 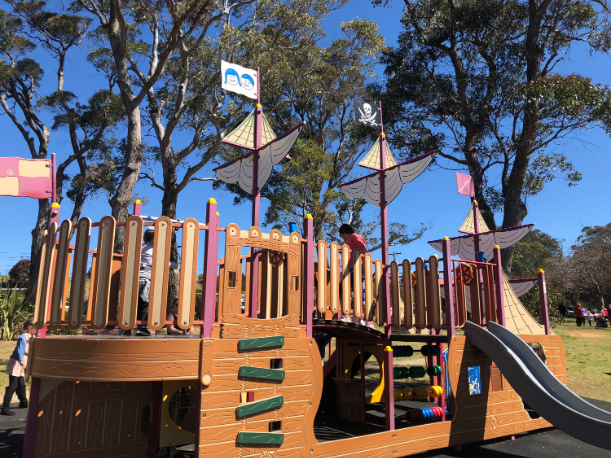 There is a custom-built pirate ship play area with multi-level activities. Kids can climb up a ladder, a rope web or use a staircase with side rails which is great for the little ones. Up on the top deck, there is a steering wheel for the captain, a bridge and a slide. Beneath the decks there are little play areas including an abacus, a shop and a maze game. The kids can also play at the front of the ship.

Right in front of the ship is Wentworth Falls Lake which is full of ducks. There is a scooter path running alongside it and a small pier onto the lake. 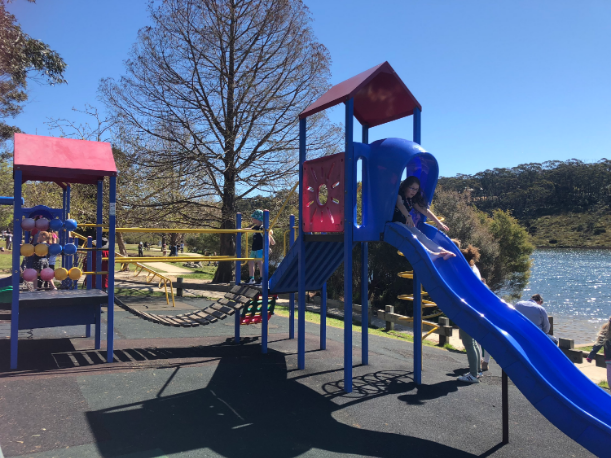 There is a second playground a short stroll up the scooter path. This playground has more traditional play equipment including:

There is also a great spot to feed the ducks on the lakefront and nearby there is a brand new toilet facility which means visiting Wentworth Falls Lake Playground doesn’t need to be cut short by the call of nature.

There are plenty of park benches to sit at, lots of green grass for a picnic rug and there are a couple of shelters too for the quick ones.

Wilson Park in Wentworth Falls worth a play