Snow play all year round at Ice Zoo 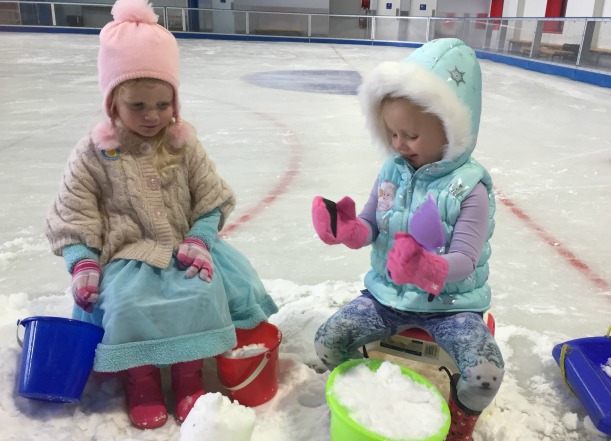 If your little tribe members have never seen snow before, Snow Play at Ice Zoo is the perfect activity for the tiny tots. We visited Ice Zoo to get busy in the snow and on the ice and had two very happy little snow bunnies keen to build snow men and play in the snow.

The tribe loved rugging up and getting into the soft powdery snow at Snow Play. Snow Play is designed to be a safe space for kids aged 6 and under to get hands on with the snow and play on the ice rink with their parents.

Ice Zoo hosts Snow Play sessions three times a week during the school term especially for the tiny members of our tribes. They section off a corner of the ice skating rink so that members of the general public who still want to ice skate can use the rink while the little ones play safely in the snow play area.

There was a staff member there to play too, suggesting different toys for the tribe to try out and it really helped them warm to her having her dressed as a giant panda. They had buckets and spades for building ice castles which the kids loved, a sea shell pool where they dug into the snow and attempted to start filling it up with soft snow.

They played with hula hoops and we even brought our own snowman materials along to build a snowman at Snow Play which was one of the highlights of the day.

The kids loved trying out the penguins and having a little scoot around on the ice, and they also had numerous rides on the toboggan.

Bring along a change of clothes and fresh shoes and socks as we had to thaw out some tiny toes after our session – not that any toddler ever minds getting about shoeless.

Snow Play lasts for 1.5 hours and admission price includes a tea, coffee or hot chocolate for you which is a real bonus!

Check out our video of our Snow Play day at Ice Zoo.