Prepare to be dazzled by Super Amazing Giant Girl 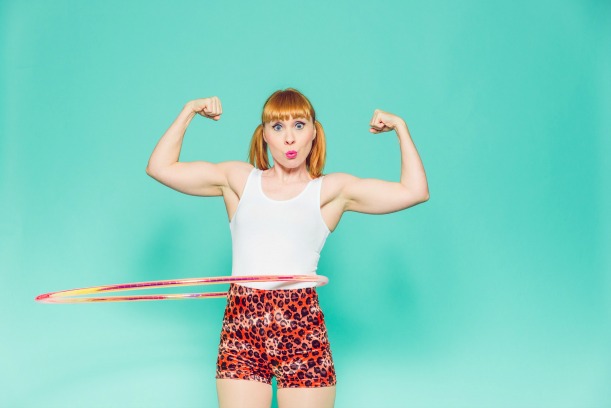 Have you ever felt like you stood out for all the wrong reasons? Well imagine being Anna Lumb, AKA Super Amazing Giant Girl. She grew up in a town so small it’s not even on Google Maps, and she stood out like a sore thumb while she was growing up… and up… and up!

Before she realised that she was actually super amazing, Anna thought she was just a giant girl. But something awesome happens to Anna when she realises that it’s actually pretty fantastic being exactly who she is!

This fantastic theatre show for kids will absolutely dazzle them with thrilling circus skills, hilarious comedy, ingenious physical theatre, an incredible soundtrack and some hula hooping skills like you wouldn’t believe – but worked into all of this jaw dropping fun is a super amazing message that every tribe member needs to hear! This brilliant show is all about acceptance and learning to love yourself for who you are.

And even the giant members of the tribe will love this fabulous show. The Herald Sun said it’s “a treat to watch”, and Stage Whispers commented; “I took my grandkid aged six, and she was entranced.” What’s not to love about that? So if you’ve ever heard the kids saying they wish they were different, or more like someone else, then Super Amazing Giant Girl is a must for the Easter school holidays!

But there is one more excellent reason to head to the book now link… and that is that five lucky kids in the Super Amazing Giant Girl audience will get the opportunity to win a lucky golden ticket at the performance which well get them a VIP backstage pass to hang out with Anna after the show and ask her how she does all of her super amazing stunts! Plus they’ll get a photo with Super Amazing Giant Girl to keep!