New playground alert in The Ponds 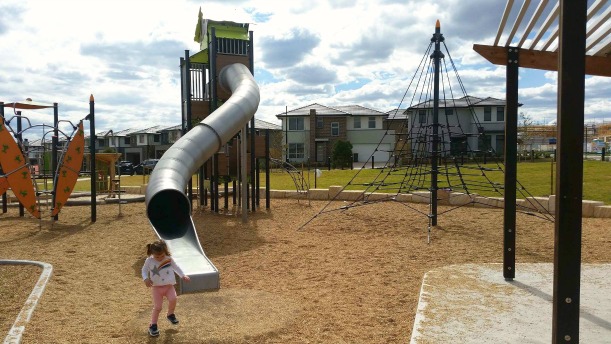 We love hearing from tribes all over Australia, and when you hear from two tribes in one week about the same playground… you know you’ve found a winner! Piddington St Playground is the newest addition to The Ponds and from what we’ve heard, it’s worth a visit!

Funnily enough, both mums who contacted us were called Lauren! Lauren M had this list of things her tribe liked about the new playground.

It comes as no surprise this playground is being so well received by the community, as it was requested by the residents at The Ponds, who played an integral role in the development of the park. Residents were invited to make suggestions during the development stages of the park, which boasts a giant treehouse, flying fox, super slide, climbing webs, sandpits and more. The park has already won the Playspace Award from the NSW/ACT Parks and Leisure Australia awards scheme.

Lauren B said the playground was extremely popular, so much so that they had to come back at a quieter time when the crowd had thinned out a bit.

Blacktown Mayor, Stephen Bali said the park was one of the best in the area.

“It’s contemporary, eco-friendly and unique; children of all abilities will be able to take part in imaginary play,” he said.

The only thing this super playground is missing is some shade cover and it’s also good to know there aren’t any public toilet facilities at the playground, so be sure to use the bathroom before you head there to get the most out of your visit!

For a nearby park, check out this review.